THE CAPITAL AND LARGEST CITY OF SERBIA

Belgrade (Serbian: Београд / Beograd) is the capital and largest city of Serbia. It is located at the confluence of the Sava and Danube rivers, where the Pannonian Plain meets the Balkans. Its name translates to White city. The city has a population of 1.23 million, while over 1.65 million people live in its metro area.

The most prominent museum in Belgrade is the National Museum, founded in 1844 and currently closed for reconstruction, the Ethnographic Museum established in 1901, the Museum of Contemporary Art was the first Contemporary art museum in Europe founded in 1958, the Nikola Tesla Museum, founded in 1952, and the last of the major Belgrade museums is the Museum of Vuk and Dositej, which showcases the lives, work and legacy of Vuk Stefanović Karadžić and Dositej Obradović, the 19th century reformer of the Serbian literary language and the first Serbian Minister of Education, respectively. 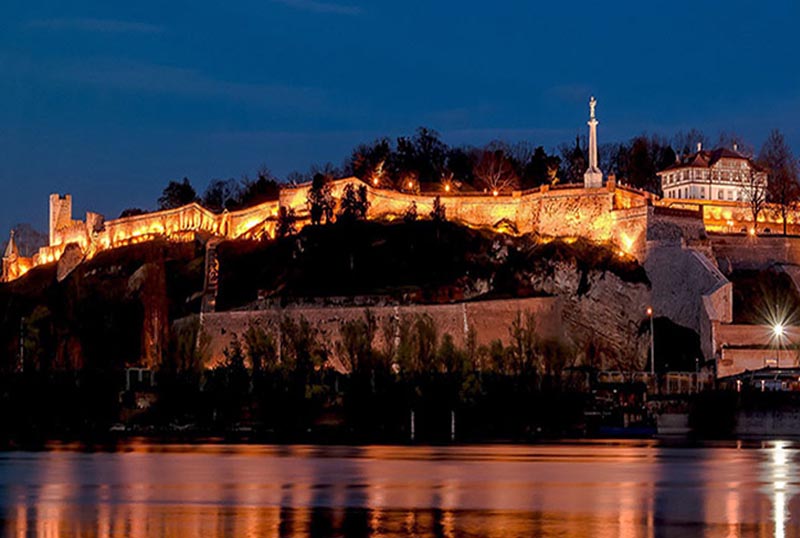 Belgrade has wildly varying architecture, from the center of Zemun, typical of a Central European town, to the more modern architecture and spacious layout of New Belgrade. The oldest architecture is found in Kalemegdan Park. Outside of Kalemegdan, the oldest buildings date only from the 18th century, due to its geographic position and frequent wars and destructions. The oldest public structure in Belgrade is a nondescript Turkish türbe, while the oldest house is a modest clay house on Dorćol, from late 18th century.

Western influence began in the 19th century, when the city completely transformed from an oriental town to the contemporary architecture of the time, with influences from neoclassicism, romanticism, and academic art. Serbian architects took over the development from the foreign builders in the late 19th century, producing the National Theatre, Old Palace, Cathedral Church and later, in the early 20th century, the National Assembly and National Museum, influenced by art nouveau. Elements of Neo-Byzantine architecture are present in buildings such as Vuk’s Foundation, old Post Office in Kosovska street, and sacral architecture, such as St. Mark’s Church (based on the Gračanica (monastery), and the Temple of Saint Sava.

The historic areas and buildings of Belgrade are among the city’s premier attractions. They include Skadarlija, the National Museum and adjacent National Theatre, Zemun, Nikola Pašić Square, Terazije,  Students’ Square, the Kalemegdan Fortress, Knez Mihailova Street, the Parliament, the Church of  Saint Sava, and the Old Palace. On top of this, there are many parks, monuments, museums, cafés,  restaurants and shops on both sides of the river. The hilltop Avala Monument and Avala Tower offer views over the city.

Belgrade has a reputation for offering a vibrant nightlife; many clubs that are open until dawn can be found throughout  the city. The most recognizable nightlife features of Belgrade are the barges (splav), spread along the banks of  the Sava and Danube Rivers. 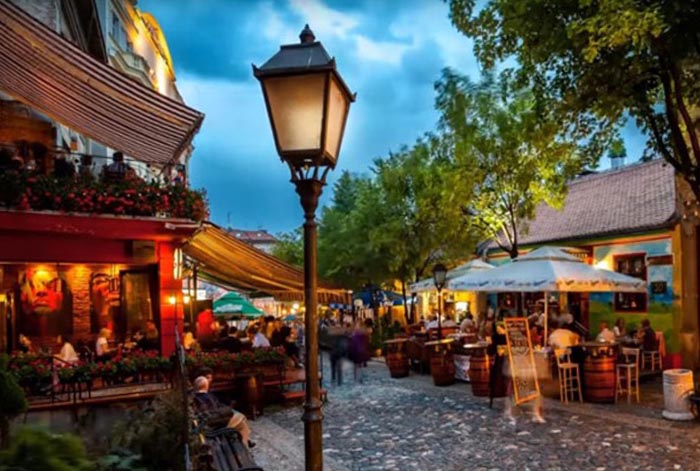 A more traditional Serbian nightlife experience, accompanied by traditional music known as Starogradska (roughly  translated as Old Town Music), typical of northern Serbia’s urban environments, is most prominent in Skadarlija, the  city’s old bohemian neighborhood where the poets and artists of Belgrade gathered in the 19th and early 20th  centuries. Skadar Street (the centre of Skadarlija) and the surrounding neighbourhood are lined with some of  Belgrade’s best and oldest traditional restaurants (called kafanas in Serbian), which date back to that period. At one end of the neighbourhood stands Belgrade’s oldest beer brewery, founded in the first half of the 19th century. One of the city’s oldest kafanas is the “?” (Znak pitanja – Question mark).

The Times reported that Europe’s best nightlife can be found in buzzing Belgrade. In the Lonely Planet “1000 Ultimate Experiences” guide of 2009, Belgrade was placed at the 1st spot among the top 10 party cities in the world.

GET TO KNOW BELGRADE 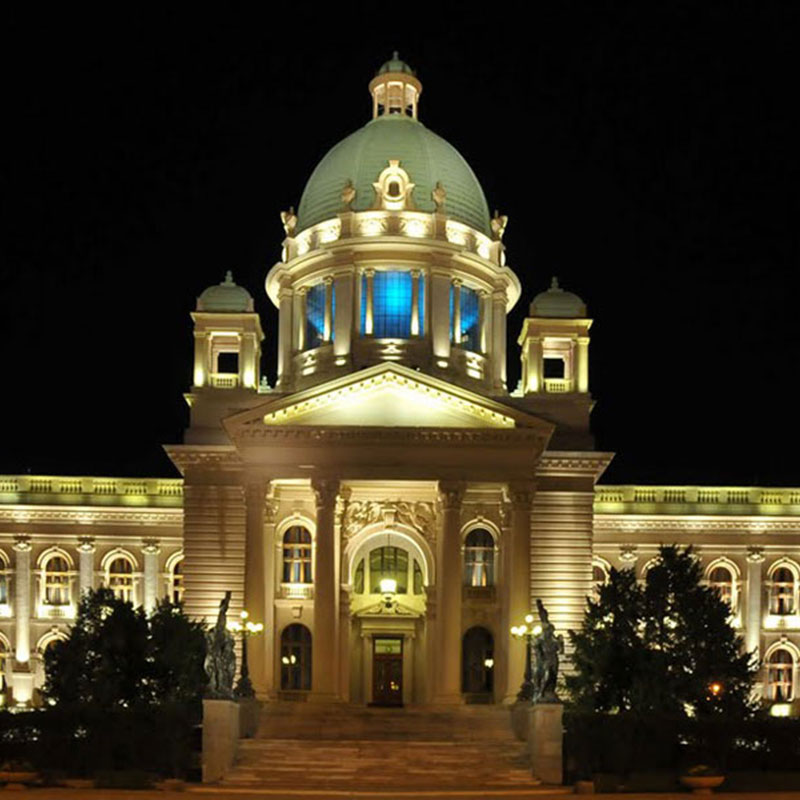 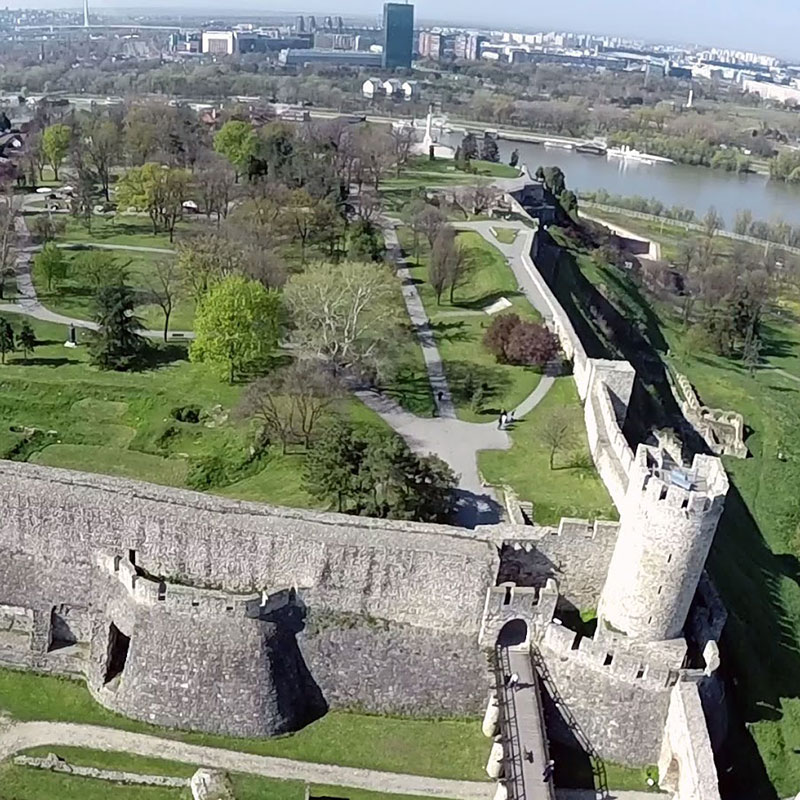 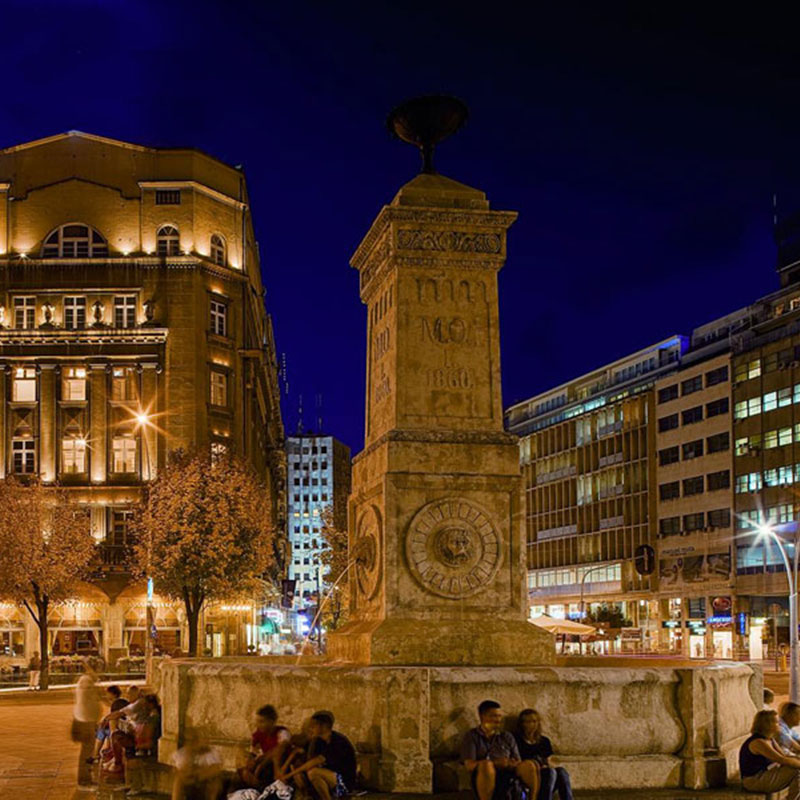