Ada Ciganlija (Serbian Cyrillic: Ада Циганлија, pronounced [ˈǎːda tsiˈɡǎnlija]), colloquially shortened to Ada, is a river island that has artificially been turned into a peninsula, located in the Sava River’s course through central Belgrade, the capital of Serbia. 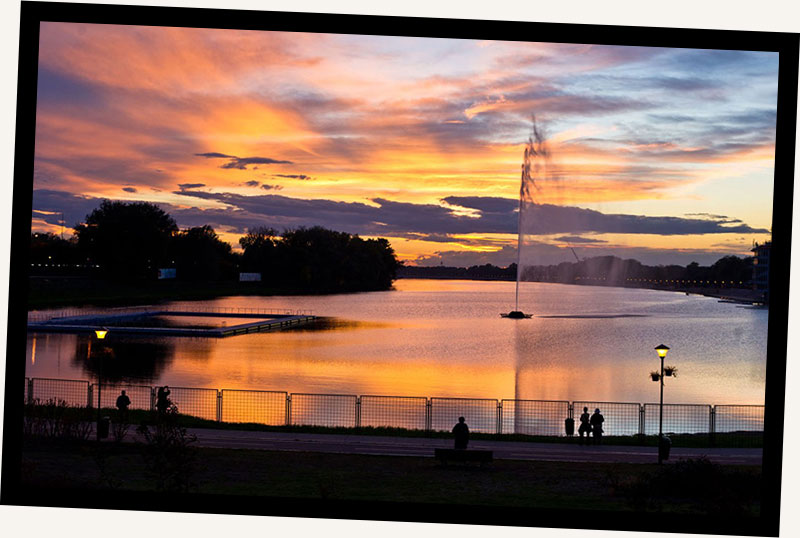 The name can also refer to the adjoining artificial Lake Sava and its beach. To take advantage of its central location, over the past few decades, it was turned into an immensely popular recreational zone, most notable for its beaches and sports facilities, which, during summer seasons, can have over 100,000 visitors daily and up to 300,000 visitors over the weekend. Due to this popularity, Ada Ciganlija has been commonly nicknamed “More Beograda” (“Belgrade’s Sea”), which was officially accepted as an advertising slogan in 2008, stylised as More BeogrADA.

Lake was created from the right arm of the Sava with the building of two dams near the northern and southern tips of the island in 1967. The lake is 4.2 km long, has an average width of 200 m and is 4 to 6 m deep. It covers and area of 0.8 km2 and is 78 m above sea level, one of the lowest areas of Belgrade. 7 km of its shores on both sides have been transformed into a gravel beach. 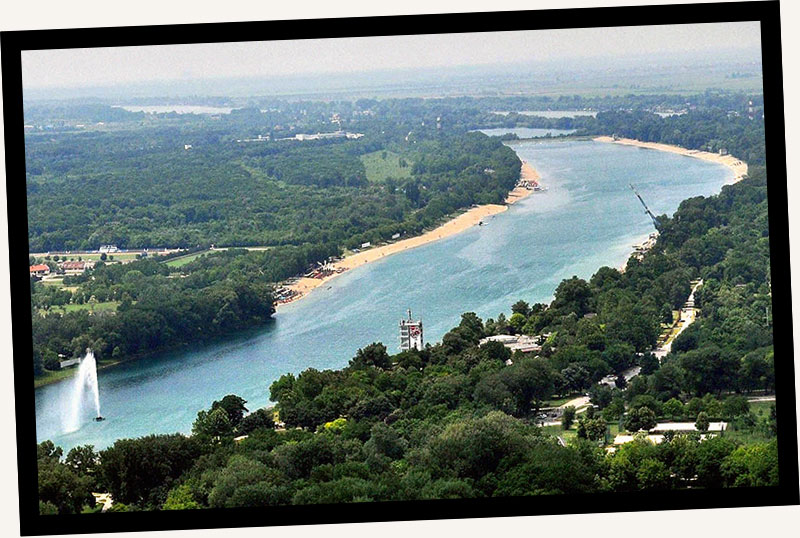 Both dams allow water to flow through tubes and pumps. This way, the main body of the lake is connected to the smaller body of water on the southwest, which is itself separated from the river by the third dam. This mini “buffer” lake called Taložnik (“depository”) is used as a purifier for the waters of both Lake Sava and city waterworks, which also use this water. Filtered water is constantly being pumped into the lake while on the northeast, the water is pumped out by electrically powered pumps through another dam into Čukarica Bay. In this way, an artificial flow of water through the lake is created. Because the water is also used for drinking, sanitation and environmental protection of the lake are imperative and the lake is under rigorous environmental protection. Weeds are groomed on the lake’s bottom to purify the water by bonding phosphorus, nitrogen and dirt. Use of motorboats is strictly prohibited in the lake and dogs are also not allowed on the beach. 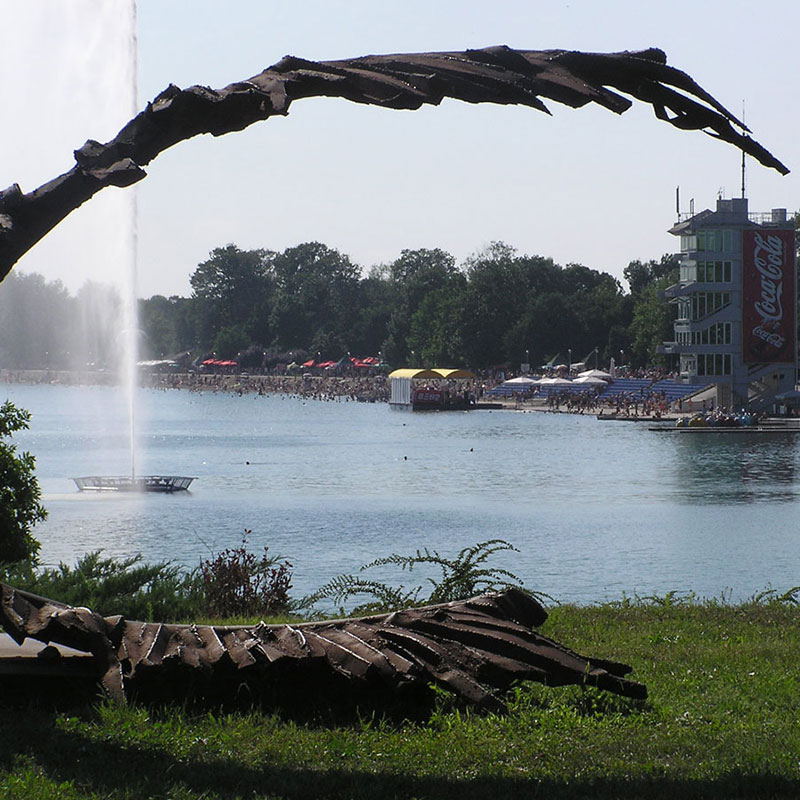 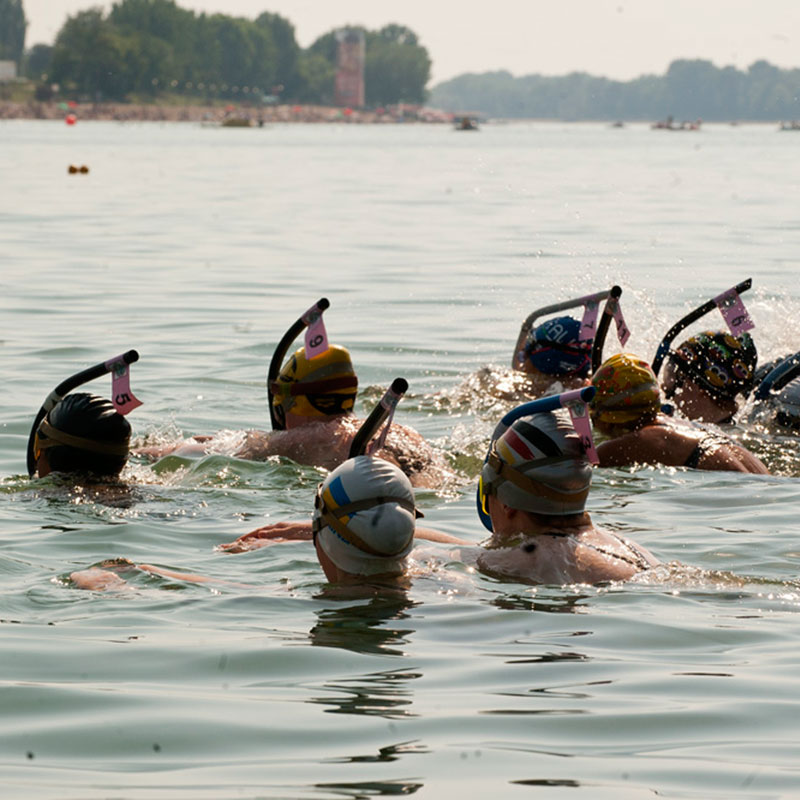 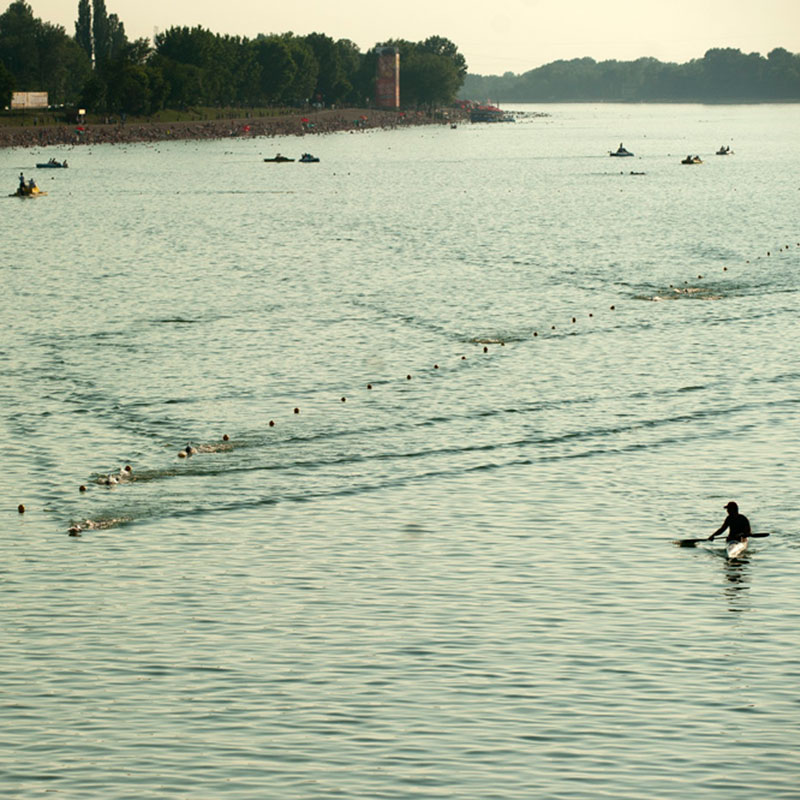 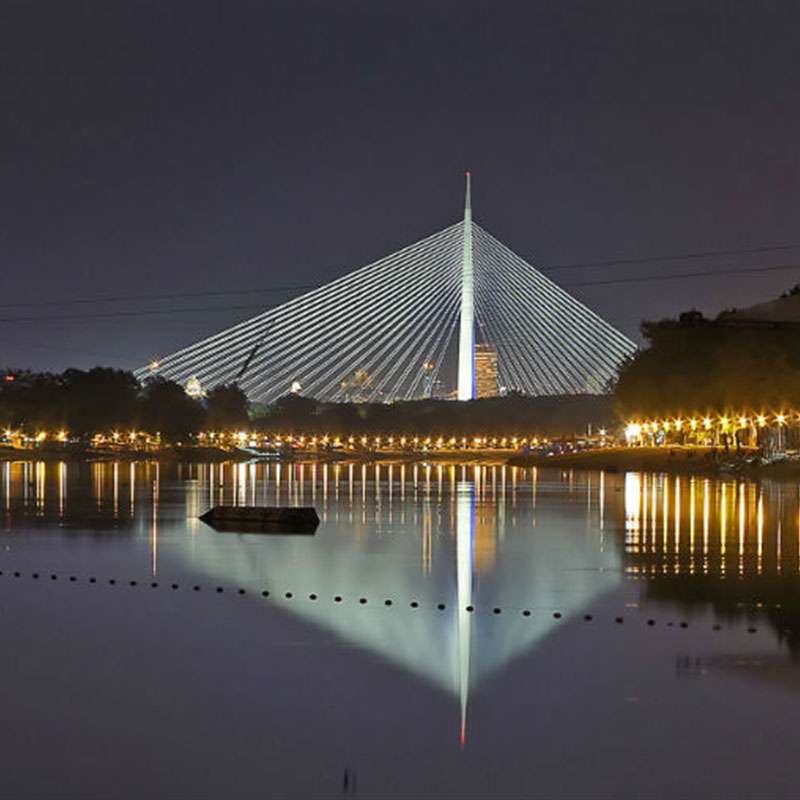 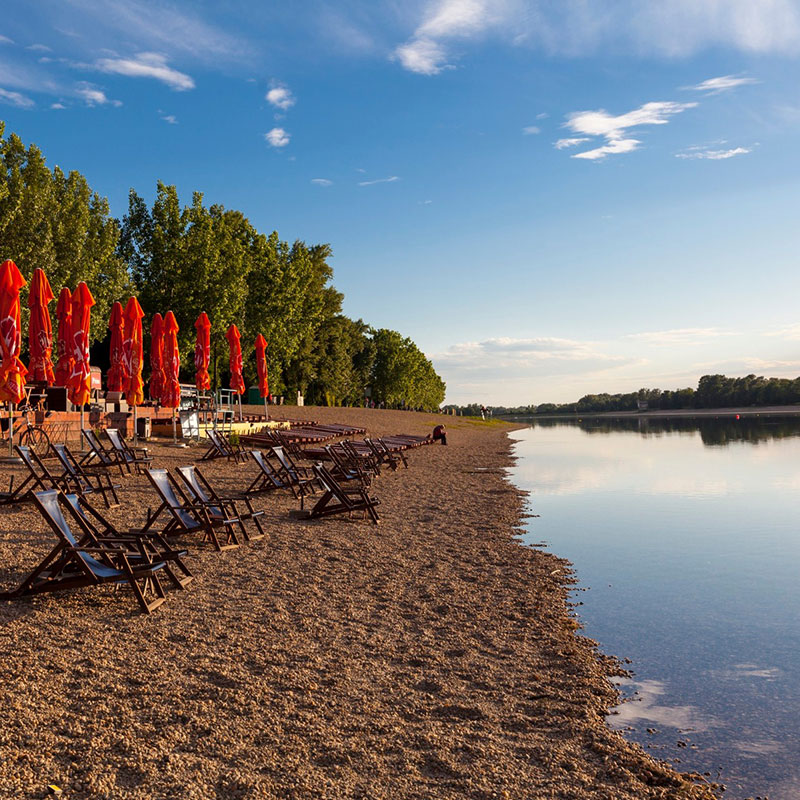